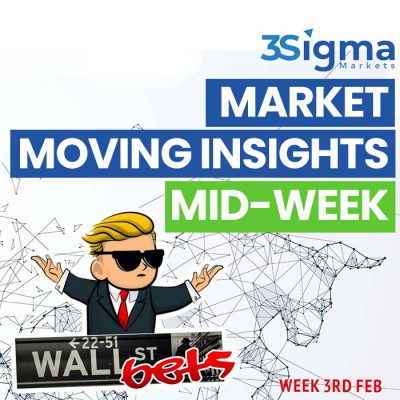 This has been a week of volatility in the financial world as the fallout from the Wallstreetbets episode is making headlines in Government circles around the globe. Regulators in the US are expected to hold discussions in two weeks time on the entire series of events amid a large public backlash against Wall St institutions and Robinhood. US Treasury Secretary Janet Yellen is calling a meeting of regulators to discuss the market volatility caused by the short squeeze on GameStop stock. The heads of the Securities and Exchange Commission, the Federal Reserve, the Federal Reserve Bank of New York and the Commodity Futures Trading Commission are expected to take part. “Secretary Yellen believes the integrity of markets is important and has asked for a discussion of recent volatility in financial markets and whether recent activities are consistent with investor protection and fair and efficient markets,” Treasury spokeswoman Alexandra LaManna said in a statement to Reuters. The need to adhere to regulations surrounding capital and margin requirements on the part of trading platforms like Robinhood was cited as the reason that trading was restricted last week after stocks that had been heavily shorted by institutions became the target of a short squeeze by retail traders. These actions – the incredible rally and subsequent fall in price over the past 48 hrs has led to many of the participating retail traders now losing a vast sum of money – the latest article by Bloomberg had the % fall in price of the 50 restricted stocks by Robinhood at yesterday’s close at a $167 billion loss to retail investors. Also in the US, the Senate has voted 50-49 in favour of President Biden’s $1.9Trillion Covid relief package, with no Republican support. The markets have reacted by moving higher over the last two sessions as the risk on mood returns.

The EURUSD chart is showing how the pair is retracing lower towards the 1.2000 area after breaking the support of the 50 DEMA at 1.2092. As mentioned yesterday this 1.20 level is very important and for us @3Sigma Markets maybe the line in the sand for many long EUR/USD positions out there. The pair found support at 1.2011 yesterday after a fall from 1.2130 on Monday. The pair remains in this range with initial resistance at 1.2050 followed by the 1.2080 area. A continued move higher may find more resistance around the 1.2100 round number followed by the 1.2250 level and the high at 1.2350. Alternatively, a move back down below 1.2000 may find initial support at 1.1970 as the 100DEMA. We believe a loss of this level might hand control to sellers and possibly open the way to a retest on 1.1920, as the breakout area. Below this level the 1.1800 area may play its part as support.