The main story for markets this week is the annual Jackson Hole symposium which is starting tomorrow and represents a key risk event for markets. Historically this meeting of global Central Bankers in the US has brought with it some major monetary policy announcements and in early summer, the markets had teed up this risk event as a possible vehicle to announce a reduction of QE (tapering) from the US Federal Reserve.  The decision was made to take the event virtual at the end of last week as local conditions in Wyoming were categorised as high risk due to increasing covid 19 cases in the state and the county where the event was scheduled to take place. This came as FED Member Kaplan softened his stance on tapering highlighting the risks posed by the virus last Friday – Kaplan is a known hawk on the committee, so the markets have read this as a signal that the core dovish message of the Fed will prevail. The US equity markets took this combination of signals to mean that a significant delay to tapering was a high probability and have subsequently rallied after selling off aggressively last week on the risk off sentiment that engulfed the markets. As we approach the start of the event US equities are trading at or close to all time highs and this may be rebalanced to a less risky position heading into the event today and tomorrow. The US bond markets are already adjusting to factor a more balanced announcement from the Fed, as 10 Year US Yields creep above 1.3%. The market feels somewhat complacent towards a less dovish/more balanced view out of Jackson Hole and we feel this is where the risk lies – in this scenario, we would see a rally in the Dollar, as US yields rise and a subsequent sell off in US equities – watch this space over the next few days…….. 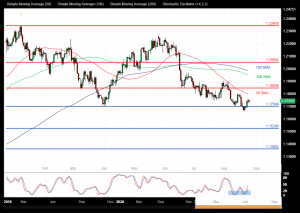 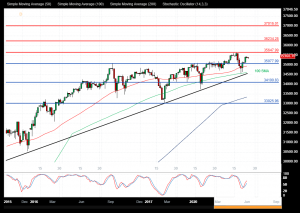 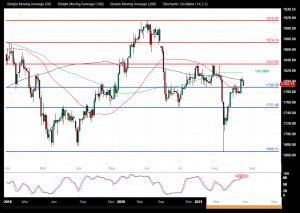