Markets are continuing to focus on the FED with each public engagement becoming a potential risk. Yesterday the FED Chair said that the FED was in the process of putting away its emergency tools used during the Covid crisis but held short of mentioning a taper. The equity markets in the US had been moving lower ahead of his speech but recovered when it was clear that he did not mention tapering. Today the focus will shift to the FOMC Meeting Minutes with traders shifting through the text to see if they can determine a tapering date. Rate hikes are still a long way off and the FED appears to be concerned with the approximately 7 million workers that have not yet returned to work. However, the rise of inflation is pressuring the FED into starting the tapering process, with an announcement September likely. 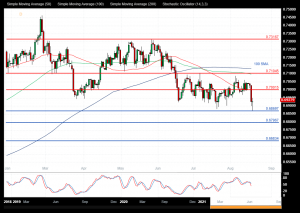 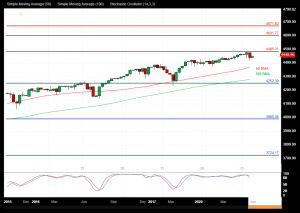 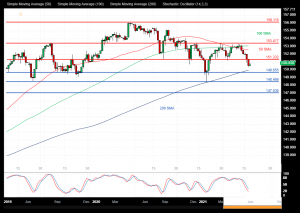