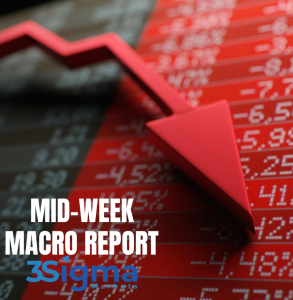 US equity indices sold off yesterday as key technical support areas broke and risk off sentiment engulfed the stock markets. The lighter liquidity environment due to the Japanese and Chinese holiday created conditions where sellers pushed prices below technical supports than had held up well over April. There were also catalysts from central bank and government officials – Yellen’s comments regarding the need to raise rates in the US if the economy began to overheat –  which ignited further selling in the equity markets, in particular the Nasdaq, which was off nearly 400 points on the day at its intra-day lows. The markets have been consolidating in recent weeks with many institutional traders and analysts calling for a minor correction as equities have become overextended – last week’s stellar results from the tech giants could not see us trade to all time fresh highs. Any dip at present is expected to see buyers set in along the way with the technical outlook in equities still ultimately pointing to higher prices. However a retest on supports should not be ruled out and in the context of the moves over the last 12 months this would be healthy for the market. Bonds were also affected by the risk off move yesterday along with appreciation in the USD versus most of the majors and EM currencies. As mentioned US Treasury Secretary Janet Yellen said yesterday that rates may have to rise to keep the economy from overheating. This was interrupted by the market as a negative and added to further selling pressures in stocks. The comment added to the move higher in the USD. She later back tracked saying that she is not predicting or recommending that the FED raise rates and said that the FED has tools to address higher inflation over the coming months. She said that she expects a rise in labour force participation and that it was important to maintain fiscal space to address a future emergency. FED Member Kaplan also made comments that moved the market when he said that in his opinion it was time to start discussing a taper. He said “I think it will make sense to at least start discussing how we would go about adjusting these purchases and starting having those discussions sooner rather than later” adding that he sees higher inflation which would moderate to around 2.25% by year end. He said that he is watching inflation carefully and worries about excessive risk taking. Its comments like these that will fuel speculation surrounding every up and coming Fed rate decision and should help to push US yields higher into these meetings – next meeting June 16th. Gold held its ground yesterday and has recovered losses overnight, continuing to test the 1800.00 area as resistance.