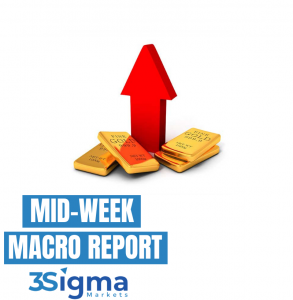 The markets have recovered back to all time highs in equity indices. The markets are consolidating at a high level in an attempt to breakout to new all time highs and push above the current area of consolidation. However there is substantial resistance to overcome before this is achieved. This consolidation has allowed lagging indicators time to catch up and it has alleviated overbought conditions on indicators, essentially giving the market room to move higher or at least justify a technical move higher. There are still concerns around the globe from the Covid-19 pandemic but the market has looked through and ignored these for quite some time now. This does not mean that the pandemic will have longer last consequences. The rising price of various goods has been a major economic hurdle for consumers with evidence emerging that sales are declining as consumers turn away from some of the affected items. The main issue with this type of inflation is that it stems from supply and demand issues, but there will be a resolution to the supply problem once production and transport is fully restored – this is the principle thesis of the US Fed, who argue through their chairman Powell that a spike in inflation over the coming months is simply transitory.

With the demand side of the equation, the fact that consumers are withholding purchases, may cap prices for a time.  There is also volatility in markets due to the selling in crypto currencies of late – Musk tweets, China crack down, environmental concerns and the usual regulatory woes. The fall in crypto prices has resulted in leveraged positions having to cut positions elsewhere with volatility emerging in asset classes such as stocks and FX. One beneficiary of this volatility is gold which has seen it break resistance and head over 1900.00 – trading to a high of $1,910.27 this morning. Gold and Crypto have been fighting for some of the same space as alternative investments in recent years with Gold having suffered badly as a result. There is now some optimism amongst buyers that it may retest its all time highs and benefit from the volatility.