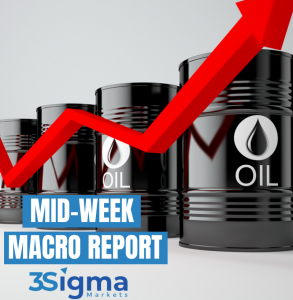 The equity indices sold off over the last two days as market participants took profits following the lower than expected US Non-Farm Payrolls report. The report showed that 266K jobs came online against a forecast of 990K and a previous read of 916K which was revised down to 770K. The Unemployment Rate increased to 6.1%, rising above the expected 5.8% and the previous 6.0%. Average Hourly Earnings increased to 0.7% beating the forecast of 0.0% and the prior read of -0.1%. There are reports of businesses being unable to find workers to take low paid jobs in the US as the pandemic unemployment handout pays more than the workers would receive in wages from working.  This is creating pressure on the jobs market, the economy and the government. There are calls for the government to end the payments or reduce the amount handed out. There are also calls for businesses to increase wages and this is part of the increase in the average hourly earnings data, along with higher paid workers returning to work. Yesterday’s Jolts Job openings seemed to confirm the reports with the highest ever recorded reading on the metric coming in at 8.12M jobs. Labour markets conditions are beginning to create wage inflation and this in feeding into the overall inflation outlook. The FED is still of the opinion that this will be transitory but there has also been high levels of fuel and gasoline inflation this week after the Colonial pipeline hack. Asset prices remain on the back foot at present and traders are concerned that this may lead to lower prices in stock markets despite accommodative monetary policy. Cyclical factors are at play here too with equities markets and we also have the added kicker personal tax bills in the US due around 17th May. As we know, retail traders have played a huge part in the equity bull run, but many will be facing tax bills on their yearly profits over the coming week and this may lead to further selling pressure on US equity indices – something to keep on the radars over the coming trading sessions. Tensions are also rising in the Middle East as violence escalates between Palestine and Israel. Traders will be focussed on today’s US CPI reading which is expected to fall to 0.2% from 0.6%, while Core CPI is expected to remain at 03%.