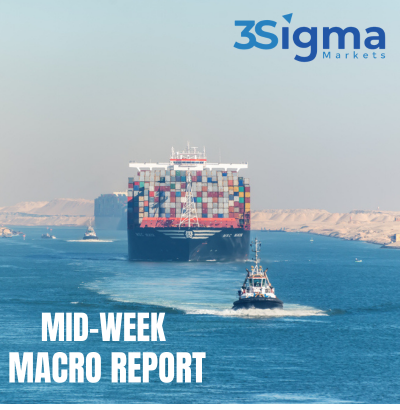 The MV Ever Given was freed from the Suez Canal earlier this week, literally removing a physically obstacle for further bullish sentiment. This victory was short-lived as the fallout and further ramifications from the Archegos Capital implosion are filtering through into the market today. This morning UBS has been reported as sustaining “at least low three digit millions in losses” from the fallout of the blow-up of the fund. The Swiss based bank joins its contemporises Credit Suisse, Goldman Sachs, Morgan Stanley and Nomura, whom have also taken losses as a result of the forced liquidation. Credit Suisse issued a profit warning and is reportedly still unwinding its positions. Although the numbers in question are huge, the fund is not large enough to have a wider contagion effect, however the cause of its collapse – over leverage – should not be swept under the carpet – Archegos is not the only player in this position. In saying all that the markets have continued to chug higher at present with a broad range of stocks making new highs, as we continue to observe this sector rotation process – out of tech and into sectors like Energy and Industrials. Technology and Finance are lagging as 10 Year Treasury Yields in the US inch closer to 2%. Markets are once again shifting their focus towards Friday’s US Non-Farm Payrolls data release – having more and more focus at present given the shift in the US Fed towards AIT. The release will take place on a holiday for many global markets in illiquid conditions and this may lead to a paring of positions heading into the weekend. Forecasts suggest that the US Economy will add significant jobs on Friday and the Unemployment rate will fall to 6.0% from 6.2% – this maybe the one of the reasons behind the move this week higher in US yields. Economic data is trending higher in the US creating demand in stocks and rising expectations for inflation. This is spilling over into the USD and Bonds, with stock indices at or close to all-time highs. The only stand out to this is the Nasdaq, which is feeling the rotation process discussed above and is also sensitive to rising global yields. Much of the optimism is linked to reopening and the vaccine rollout but COVID-19 cases are rising once again with 70,000 new cases announced yesterday in the US. US CDC Chief Dr Rochelle Walensky warned that “Vaccines don’t work until they hit people’s arms — and we just don’t have enough vaccinations in people’s arms yet to be able to achieve the kind of herd immunity that we need”.