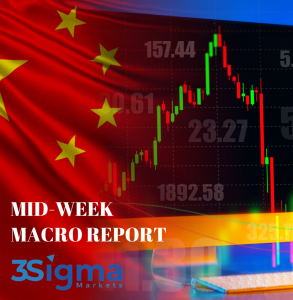 The markets moved into risk off mode this week after setting new highs last week and having to deal with various negative factors affecting sentiment over the last 24 hours. The markets are slipping back a little after the positivity generated by the approval of the US stimulus package and the push up to new all time highs in US stock markets. There has been a subversive risk off move in Chinese equities over the last number of weeks as the Chinese economy lags, the authorities are slowing the amounts of stimulus and the market turns lower, particularly in the Chinese tech sector. Chinese markets are approaching correction territory and this is having a wider global impact on sentiment. Yesterday the Bank of Canada said that they will discontinue the market function programmes used to counter the covid-19 crisis. The commercial paper purchase program (CPPP), the provincial bond purchase program (PBPP) and corporate bond purchase program (CBPP) will discontinue on April 2, May 7 and May 26 respectively. The BOC does not plan to sell any of the securities it acquired during the programmes. On a global level Covid-19 cases are rising once again as the vaccination rollout continues on. Supply issues are impacting the vaccination rollout in various countries and with various manufactures but progress is still being made. However this has led to a general feeling that the worse is over, where in reality new strains are more widespread and covid fatigue is leading to a drop in adherence to best practices. This has led to the start of a new wave taking hold. Supply chain issues have been further impacted by the crash of one of the world’s largest container vessels in the Suez Canal yesterday. The MV Ever Given was hit by a gust of wind while it was experiencing a power issue and the bow of the ship ran aground into the canal bank. This has led to the canal being closed to traffic further slowing the global supply chain.