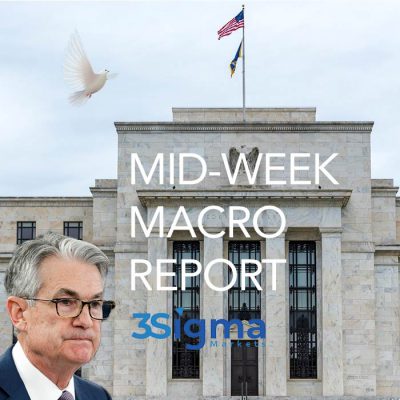 On the evening of a subdued St Patricks Day the financial markets shifted their focus back to the FOMC interest rate decision meeting in the US, with markets hyper vigilant at present for moves in Treasury yields that could be interpreted as the beginning of  an increase in inflation and possibly an increase in interest rates going forward. The FOMC meeting and Central Bank meetings in general will take on a life of their own going forward as markets solely focus on their reaction to tightening financial conditions. Yesterday was all about whether the FED could keep the pressure cooker of bond vigilantism in check with their messaging and we have to say looking at last night’s price action and then again through the Asian session overnight, the answer would have been a ‘yes’. Stock Markets rallied post Fed, with the Dollar selling off and yields stabilising. It all appeared that rate guidance, growth and inflation had all been upgraded in a manner that did not scare anyone too much. This has somewhat reversed itself on the European open this morning, with US 10 year yields rallying some 8 bps, US Stock futures selling off and the Dollar back on the front foot versus major currencies. The FED published its new economic projections, the first since December, in the wake of the massive fiscal stimulus package that has been passed by the US government last week – $1.9 trillion.  The FED upgraded its quarterly forecast for growth, however it’s Dots showed unchanged for 2023, with 7 of 18 members of the FOMC calling for hike.  Interestingly though and maybe this is the aspect of the meeting the market is now focusing on, 4 of 18 members signalled for a hike in 2022, suggesting that members are edging a little closer to increasing interest rates. The market had been attuned to any mention of rate increases in the 2023 time frame as evidenced by the dot plot from December. The FED’s statement was Dovish and there was no introduction of a tightening bias, a gauge of the forward looking bias of the FED. The inflation target rate for the FED is 2% but the market will seek to understand how the FED will react to their target being reached going forward. It is likely that the target will be exceeded and the market will try to understand how far beyond the target the FED will allow inflation to run before they begin to react – hike rates. The FED has already stated that they will allow an overshoot so that the average rate comes in at 2%. Ideally the FED will want to be behind the curve on this and react to a prolonged period of inflation above 2%.

The EURGBP chart is showing how the pair has weakened considerably in recent weeks and is now trading at 0.8555 after having found support at 0.8541 last month. The 0.8637 level is acting as resistance and 0.8550 area is the initial support area. The pair may find resistance at 0.8600 followed by the 0.8637 area. A continued move higher may find more resistance around the 0.8730 level which is where the 50 EDMA is at present. Alternatively a move back down under 0.8550 may find initial supports at 0.8540 and 0.8500. A loss of this level may extend the control of sellers and possibly open the way to a test on 0.8480. Below this level the 0.8450 area may play its part as support ultimately followed by 0.8400.