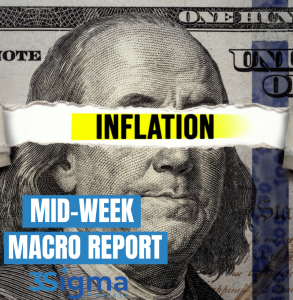 The G7 meeting over the weekend reached an agreement to implement a 15% minimum corporate tax rate. The proposal will now be brought up at the next G20 meeting. However the UK is one of a number of countries that are calling for an exemption for financial services. UK Chancellor Sunak is seeking an exemption for the City of London to remain at the current rate. Elsewhere in the UK Bank of England Chief Economist Andy Haldane said that the BOE may need to start turning off the stimulus tap. He added that the UK economy is going “gangbusters” at the moment. He said that the country needs to keep up the momentum in getting people back to work and keep spending demand in the economy strong. He said that in maintaining this strength some pay rises may be needed and they are already seeing pressure on prices. He said that the bank could start tightening the tap on QE and could ultimately start turning QE around as it would be bad to become too dependent on monetary medicine. Markets are trading in relatively small ranges in Equities, commodities, FX and Bonds. Bitcoin fell yesterday but is trading back higher overnight. In the US, Infrastructure talks have stalled as President Biden departs for his trip to Europe. Inflation is expected to rise across the globe and traders will be watching the Bank of Canada later to see if there is any mention of increasing prices in their statement later today. We then of course have the ECB tomorrow, who should play a different tune from that of the Bank of Canada and more recently, as highlighted above, the Bank of England, as Lagarde steers the ECB with her usual dovish mantra. Tomorrow’s presser from the ECB will coincide with one of the most highly anticipated inflation releases from the US at 1.30 pm BST. Following on from last month’s mega number the markets are await another large release to kick start most asset classes that have fallen into tight ranges of late. Tomorrow inflation figure out of the US will be very significant and should dictate, along with the Fed on 16th June how markets trade over the summer and into the all-important Jackson Hole meeting in Aug.