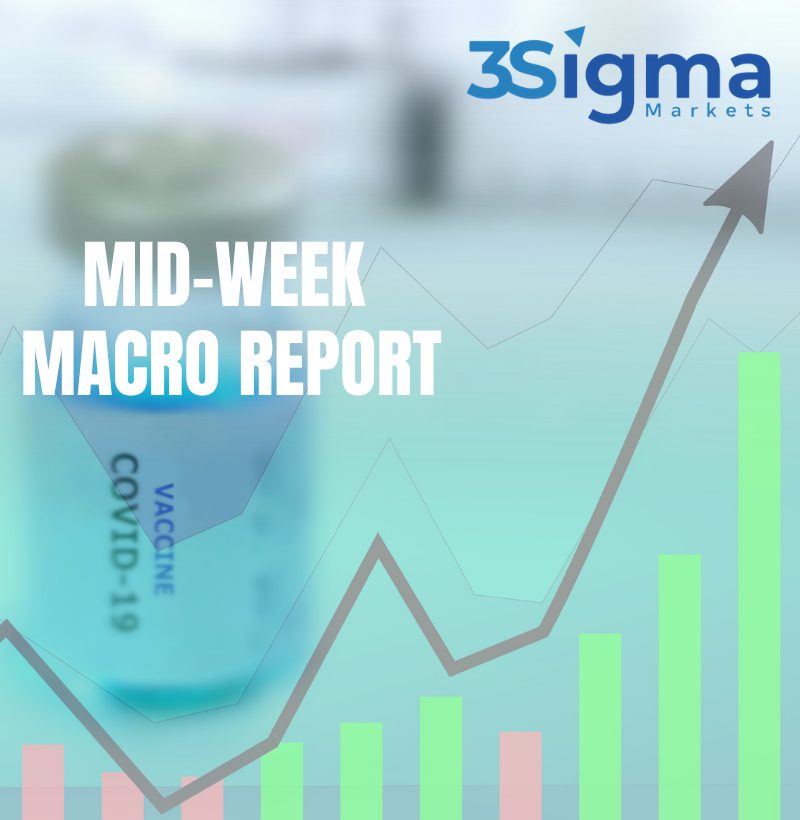 The seasonally strong month of April has begun in fine form for stocks with new all time highs reached in the US and Europe. Hopes of a sustained vaccine rollout and ample stimulus have pushed the market firmly into risk on mode. The reopening of the economy in the US is proceeding at pace and this was confirmed by the strong Non-Farm Payrolls number on Good Friday. Worries about inflation are being brushed aside by the markets at present but there is a growing concern that prices in the US are rising due to the large amounts of cash printed to stimulate the economy. The effect of this is being felt in an increase in the cost of food and consumer demand has driven under supply in houses in many areas to the point where the housing market is running hot. Auto sales in the US are also experiencing consumer demand while supply is curtailed from production shutdowns and the semiconductor chip shortage. The FOMC meeting minutes will be released later today and this should give traders and investors a greater insight into the FEDs thinking on the economy and stimulus. It is expected that the FED will cite the increase in inflation and prices as transitory. With the stronger job number also playing into the equation the FED is expected to say that they are making progress on their path to revive the economy but they will stop short of saying that they will make any sort of adjustments yet. We feel the dovish stance will remain, with the mantra of lower for longer once again rolled out to the markets, particularly given how US yields have stabilised over the past number of weeks.