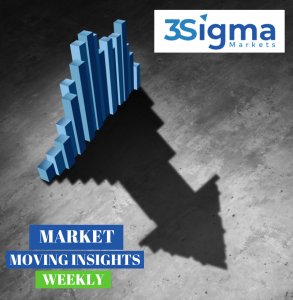 The move higher in asset prices appears to have taken a hit yesterday as some profit taking emerged off of all time high valuations – this was led by European equity markets, which filtered in the US stock markets. As long as the profit taking doesn’t trigger a liquidity shortage, it is likely that the markets will resume their risk on trend in a few days – as we have seen time and time again. However with high levels of leverage in the market – we have seen this story enmerge over the past few weeks, some participants may be forced to sell and this might trigger a cascade of lower prices as selling begets selling – something to keep on your radars. This means that the current pullback carries a great deal of significance for the market, with the potential to unlock much higher or much lower levels. There has already been a move out of equities by institutions over the last 3 weeks while retail investors have carried the equity markets to new highs over that time. With the prospect of more stimulus cheques miniscule, there is a concern that the market is ripe for a larger decline. At the moment economic data and the reopening of the economy in the US is supporting the narrative of higher prices, but unless there is capital available to support prices in the event of a pullback, the market may revert towards it mean valuations. The Bank of Canada and the ECB are due to release their monetary policy statements today and tomorrow respectively and this may impact prices in the Canadian Dollar and the Euro. Bitcoin fell dramatically over the weekend leading markets lower, having close below the 50 dma which we have now highlighted on many occasions – it has defined the up-trend since Oct 2020. It’s too earlier to tell whether this will bring a deeper correction in the crypto giant, but there are a few worrying signs that are worth highlighting. The fresh highs in Bitcoin made 2 weekends ago appear to be on the back of historic Coinbase IPO. The move above $64,000 was fleeting and it creates concern over the ‘’buy the rumour, sell the fact’’ analogy. In saying that Coinbase’s share price has held up relatively well over the preceding trading sessions and in the face of some risk off moves elsewhere in the equity space. The stock markets, as highlighted above, are certainly not clear of the risk and the next 3 trading sessions will be very telling. As with the move in Bitcoin above $61,000 on March 14th, we have already seen over a 18% retracement/correction – which was met with demand – this comes in at $51,707, which needs to hold in the short term.