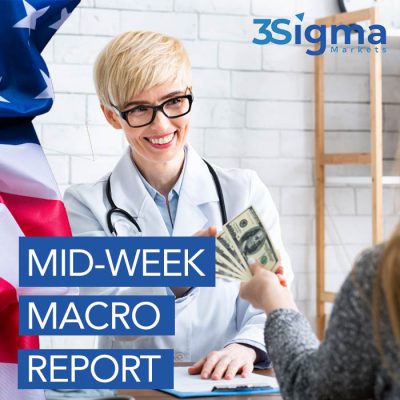 The last week of trading has seen market volatility remain elevated as 10-Year US Treasury yields trade above 1.5%. This has caused a reassessment of the narrative and money managers are repositioning portfolios to adapt to the new environment – the reflation trade for 2021. The moves in commodities, FX and stocks have also taken centre stage and traders are finding opportunities across all assets including crypto-currencies. The emerging theme here is high yields, potential lower stocks (if yields rally significantly) and a stronger Dollar. Last Friday’s US Non-Farm Payrolls data release saw an increase to 379K against the expected 197K from the previous months 49K which was revised up to 166K. The Unemployment Rate fell to 6.2% from 6.3%. Markets took a risk on view of the data and in the mean time the US 30 Index (Dow Jones) and the German 30 Index ( Dax) have pushed to new all-time highs – we have a tradable high in the US 30 Index at 32,150 – double top. Commodities have continued their recent trends, however Oil is slightly off its highs as wqe type – one to watch. The passing of the US Stimulus package through the Senate over the weekend also helped boost confidence and give sentiment a bullish tilt. The landmark package is expected to be voted through the House of Representatives later today. It will then proceed to the President’s office for signature into law. The revised Bill includes $1400 cheques for households, a weekly top-up of $300 in federal unemployment benefits and an expansion of tax credits for children. There is also $350B in aid for state and local governments. Treasury Secretary Yellen said yesterday that “if we do our job, I am confident that Americans will make it to the other side of this pandemic — and be met there by some measure of prosperity,” she said. “[It] will finally allow us to do what most of us came to government for — not simply to fight fires and resolve crises, but to build a better country.” There is now talk that President Biden is planning to put together a $7T economic and infrastructure package to transform the US. We get US inflation figures this afternoon and the US 10 year bond auction – both will be watched closely and how yields are effected. We also have the Bank of Canada rate decision today – where the consensus is calling for no change in policy.