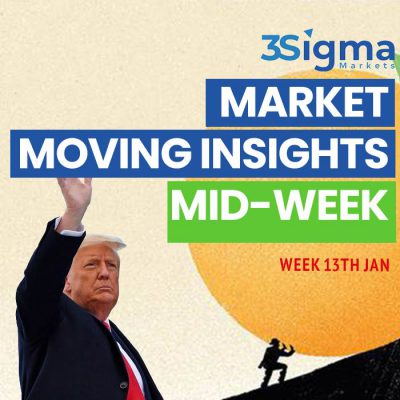 After a week of chaotic political developments and surging Covid-19 cases, the markets have remained relatively resilient but there are signs that there is a change in positioning taking place. There has been a significant shift in assets including precious metal prices and bonds. For example Gold prices have fallen from 1960.00 to 1820.00 since last Wednesday. The excitement began with the process to certify President-elect Joe Biden in the Capital on Wednesday. President Trump held a rally that morning and his supporters were encouraged to march to the Capitol and make their opinions known. However upon reaching the Capitol Building, the protest quickly became violent, with Trump supports clashing with police and overrunning barricades. The session to certify the Electoral College vote had to be adjourned as protestors broke into the building. Some protestors chanted, “Hang, Mike Pence” as he was in the building in his capacity as President of the House where the certification was taking place. President Trump tweeted that “Mike Pence didn’t have the courage to do what should have been done to protect our Country and our Constitution”. The Vice President and the elected representatives were evacuated to safety as protestors stormed the building, but the resultant violence resulted in the shooting of one protestor by police and the subsequent death of three other protestors and one police man. Many of President Trump’s administration officials resigned following the events. The process of impeaching the President has also begun with a vote expected to take place on Wednesday evening as Senator Schumer has asked Senate Leader McConnell to call the Senate back. President Elect Biden has said he will prioritise a new round of fiscal stimulus. This and the forward looking vaccine are keeping markets grinding higher despite the surge in Covid-19 cases and weaker economic data.

The EURUSD FX pair is consolidating after breaking higher past the important 1.2200 level. The pair is strengthening through resistance and approaching the 1.2300 level. A confirmed breakout above this area has opened the way to initial resistance at 1.2340 followed by the 1.2350 area. The 1.2400 level may provide a target along the way to the more ambitious 1.2500 area. The Dollar rally seen in the first half of this week saw support at 1.2130-20 tested but held nicely yesterday. A break of this level might hand control to sellers and possibly open the way to 1.2070 area, which is of great importance as the 50 EDMA is close to the level.