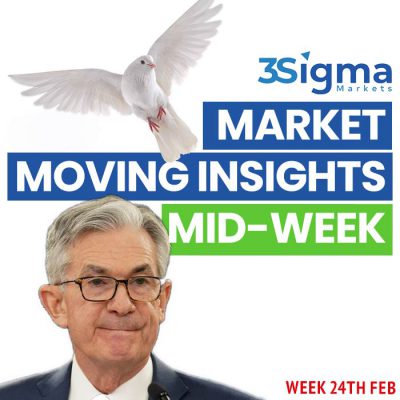 The FED Chair Jerome Powell testified in front of the Senate Banking Committee yesterday and is expected to resume his testimony today. He said yesterday that the recovery has slowed in the US economy and that the country had not been making substantial further progress towards its goals over the past three months. He said that he expects inflation to temporarily move up on base effects. He also said that the US could be getting through the pandemic much more quickly than feared but that the job is not done yet. He said that over time the growth of the balance sheet will slow but asset purchases will continue until substantial further prioress is seen. When asked about inflation he said that if there is unwanted inflation in the future the FED have the tools to deal with it. He also said that he doesn’t see how a burst in fiscal support or spending would lead to high inflation adding that “inflation dynamics do not change on a dime”. He also said that it does not seem likely that increase in spending would lead to large or persistent inflation. He made the comment that the FED has no intention of repeating the inflation mistake of the 1970’s and that he didn’t think any uptick in inflation that’s coming in the months ahead will be large or persistent. After a dramatic selloff markets yesterday his comment gave traders and investors confidence and assets retraced most of their losses. However Asian equities have continued to selloff today and are down heavily. There has been a large selloff in Bitcoin since the high achieved over the weekend and markets are nervous in general this week.

The GBPUSD FX pair is making extraordinary advances after breaking the 1.4000 level. The price has shot up to test 1.4235 and has encountered a modicum of resistance. A confirmed breakout above this area may open the way to initial resistance at 1.4300 followed by the 1.4350 area. The 1.4400 level may provide a target along the way to the more ambitious 1.4500 area. Alternatively a move back down under the 1.4150/1.4100 zone may find initial support at 1.4040. The 1.4000 round number level has been used as support in recent days and may be of importance in the event of a retracement. The 1.3940 area is of great importance as a former higher high. Further supports may be seen at 1.3900 and 1.3820.