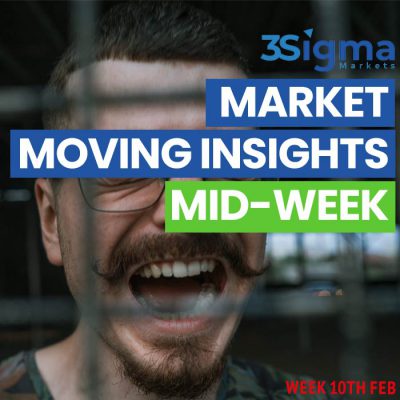 The release of US Non-Farm Payrolls data on Friday drew the attention of the market that was looking for a gauge on the performance of the US economy. The economic data is showing that the recovery is extremely fragile and the prospect of inflation is skewing the economic outlook for many analysts. The headline NFP report showed that there were 49K jobs created against the expected 85K, but an improvement on the previous -140K. However the previous number was also revised lower to -227K leaving a huge gap in the work force. The unemployment rate fell to 6.3% from 6.7% as more and more workers drop out of the labour force. Part of this drop is due to the large cohort of workers that are reaching retirement age and part is due to the unemployed not being able or wanting to find work. The Average Hourly Earnings fell to 0.2% against a forecast of 0.3% and a prior 0.8% which was revised up to 1.0%, showing that in the previous month, it was lower paid workers who bore the brunt of layoffs. Tomorrow liquidity is expected to contract with the arrival of the Chinese Lunar New Year Holiday which will run for a week – the year of the Ox. At present equity markets are reaching out to new all time highs and the risk on rally is continuing. But there are trends developing in the Bond, FX and commodity markets that may draw attention away from assets. Bonds in particular are in play at present and the moves in the USD are having a far reaching impact. Today it is all about the inflation figures released out of the US. US CPI is expected to show a slight drop in the index to 0.3% from a prior month at 0.4%. A stronger print here however would certainly grab the markets attention and we believe could have an out-sized impact –commodity prices certainly pointing to a higher print sooner rather than later. US 10 Year Yields through 1.20% – the Dollar should rally and with Stock Markets on their highs – we could see a significant move lower here – as we say all about that inflation figure at 1.30 pm