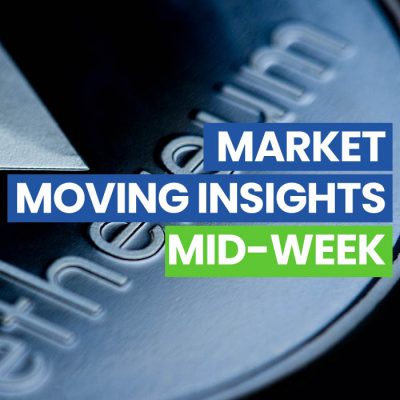 The volume of institutional investments in cryptocurrency products last week (week of Monday 1st Feb) amounted to $245 million, according to a new report from CoinShares. Of this total, an unusually large share of 80%, or $195 million, went to Ethereum.

“We believe that investors are seeking to diversify and are becoming increasingly disposed towards the fundamental characteristics of Ethereum,” said CoinShares.

Investments in bitcoin at the same time were the most modest since reaching an absolute maximum in terms of investment in early January and amounted to only $42 million. CoinShares notes that they see no signs of mass profit-taking, and investors still prefer to buy and hold.

Inflows of investments in the cryptocurrency in a week

“Trading volumes of investment products remain high with an average of $670 million per day over the past week, which corresponds to 5.4% of the total trading volume of bitcoin. This is significantly less than the $1.9 billion per day recorded during the second week of 2021, ” CoinShares adds.

Grayscale holds the position of the leader in the space of institutional investments in cryptocurrencies with assets under management of more than $33 billion, of which $27 billion is placed in the bitcoin trust and $5 billion in the Ethereum trust.

The ETH exchange rate has once again updated its historical highs during the week, exceeding the $1,800 mark. On Monday, trading in Ethereum futures started on the Chicago Mercantile Exchange.