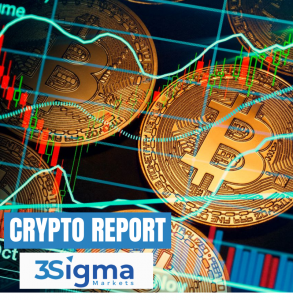 The heavy selling in Crypto markets last week has led to a consolidation in Bitcoin around the $40,000 area. The consolidation may be part of a corrective pullback in Crypto as the rally over the last few months is rolled back. Crypto has been subject to extreme pullbacks in the past but these have ultimately resolved to the upside. There has been considerable volatility in crypto in recent weeks but the range has normalized somewhat over the last few days. Developments in the space have slowed also and this has allowed price to find support and considerable buying interest at $30,000 where weak hands have passed onto stronger long term players. Gold has benefited from the pullback and it is gaining ground and trading around $1900.00. Gold suffered from the rise in popularity of crypto in recent months. However there is no reason to prevent gold becoming a catalyst for crypto to move back higher and for both assets to offer each other mutual support. The crypto space has also been affected by crackdowns around the globe and plans by governments to make the space more accountable and transparent particularly in China.

The chart is showing that Ripple was unable to escape the selloff last week as it was pushed down to 0.6508. The chart suggests that this market is in a consolidation pattern of lower lows and lower highs since mid April potentially forming a bull flag. Price is currently trading around 0.9772. A break above the high from last week at 1.7040 may suggest a test on the high from April at 1.9650 may be on the cards. The 2.0000 level may reinforce this as resistance but a push higher might target 2.2000. Alternatively a confirmed  loss of the 1.0000 puts pressure on the 0.9000 and may seek to test 0.8680 as the previous higher low. A loss of this level potentially opens the way to 0.7600, 0.7000 and the 0.6500 low.