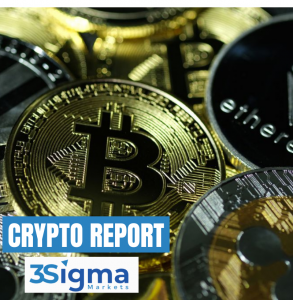 There was heavy selling in Crypto markets yesterday led by Bitcoin which fell down to support at $30,000 before rebounding to $43,000. Speculation that the move was fuelled by tweets from Tesla founder Elon Musk was rife in the market but ultimately the move came from forced liquidation of 775,000 trading accounts in various crypto-currencies as leveraged traders were hit with falling prices. Up to $8.6 billion was liquidated from these accounts due to over-leveraged and margined positions. The move spread across other cryptocurrencies and even impacted the broader stock and bond markets, as ‘’risk off’’ sentiment hit all asset classes on the US stock market open. Thankfully this risk off move coincided with the finally push lower in Cryptos and as Bitcoin touched its intra-day lows and rebounded, the broader market stabilized in the subsequent hours of trading.

The chart is showing that Ripple was unable to escape the selloff yesterday as it was pushed down to 1.0600 with the low extending down to 0.9330 overnight. There has been a retracement of the selloff this morning with the market up 14% to 1.2122. The chart suggests that this market is in a consolidation pattern of higher lows and lower highs since mid-April. A break above the high from Tuesday at 1.7040 may suggest a test on the high from April at 1.9650 may be on the cards. The 2.0000 level may reinforce this as resistance but a push higher might target 2.2000. Alternatively, a loss of the 1.0000 puts pressure on the overnight low and may seek to test 0.8680 as the previous higher low. A loss of this level potentially opens the way to 0.7600 and 0.7000.